The Eisenhower Chronicles: For the Good of Mankind 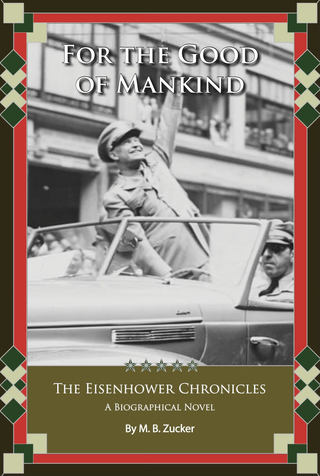 In 1938, he was an unknown lieutenant colonel stationed in the Philippines. By 1945, the world proclaimed him its savior. In the years in between, he led the forces of liberal democracy against history's most wicked tyranny.

In this composite novel — the first of three volumes — readers will experience Dwight Eisenhower's World War II as never before. Eisenhower comes to life — a living, breathing, passionate man — determined to fulfill his duty as he argues for and executes the strategy to save the world from the ultimate villain, Adolf Hitler.

"Zucker's achievement is monumental. In a fast-paced narrative, he captures Dwight D. Eisenhower with mastery and precision — his thoughts, emotions, decisions, and actions. The smooth prose and rich detail put the reader right there with Ike at every step of his military career and presidency, with an accurate and compelling rendering. This is historical fiction at its best."