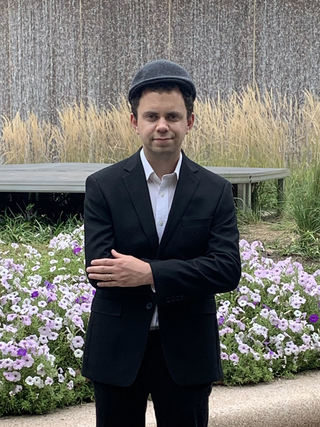 M. B. Zucker lives with his wife in Arlington, Virginia.

He began writing when he was in middle school. He wrote his first novel, Lio: King of the Carnivores, when he was fourteen, and his second novel, A Great Soldier in the Last Great War, when he was sixteen. Both became Amazon bestsellers.

His first adult novel is The Eisenhower Chronicles, a three volume biographical novel about Dwight Eisenhower. The novel is told through a series of stories that are both designed to stand alone but, together, bring Ike back to life and present his place in history as the most important individual in defending the world from fascism, communism, and nuclear weapons.

For the Good of Mankind, the novel's first volume, tells Ike's story in World War II and is set to be released on Amazon on October 14, 2021.